This article is to tell the truth on Trump’s suspension of the FHA mortgage insurance rate cut. There’s been a lot of “fake news” on this topic with many outlets promoting fear.  My goal is to help the general public understand the truth.

THIS IS NOT  POLITICAL POST SO PLEASE KEEP YOUR POLITICAL COMMENTS TO YOURSELF.

So last weekend I was scrolling through my Facebook news feed and I kept seeing articles posted about on Trump’s suspension of the FHA mortgage insurance rate cut from other Realtors.

As I would read the headlines, they would say something like “President Trump cuts the upcoming FHA insurance insurance rate making home ownership less affordable for potential buyers or something along those lines.  These are articles that are mostly promoting fear.

I understand the FHA premium rate hike and what it means, but I could clearly see that the general public was totally confused by it. Sadly enough, so were many of my fellow Realtors.

Unfortunately, many of the people spreading the “propaganda” were in my own industry so I wanted to go out of my to educate the public on what this means for them.

Later that day I went to a family party and had a conversation with my aunt about Trump’s suspension of the FHA mortgage insurance rate cut. The first words out of her mouth were, “he’s already making it less likely to buy a new house”.

The point of this blog is not to take sides whether you are pro Trump or not, but to spell out the truth of what this really means to anyone wanting to do an FHA loan this year.

What does it mean for you?

Does your payment go up?

How does this affect what you would qualify for?

I wanted to set the record straight so I brought in a top mortgage broker to spill the beans and give us the truth of what Trump’s suspension of the FHA mortgage insurance rate cut really means.

For the record, Drew Boland, is not a pro Trump person. I am, but I am taking an unbiased approach here to give you the TRUTH of what this really means to you.

Here’s the final verdict based on my research and interview with Drew.

President Obama passed an executive order(or law) in early January that was going to cut the premium insurance rates of FHA loans.

A borrower who puts down less than 20% traditionally pays PMI.

FHA PMI is way more expensive than a Conventional Loan PMI. In other words the FHA premiums, aka FHA PMI, is very expensive.

Borrowers who were in process of an FHA loan from the time this order was passed (January 9th give or take) up until January 20 when Trump’s suspension of the FHA mortgage insurance rate cut was announced.

This means it affects people who put a house under contract in that 11 day period.

There was never a rate hike, since it never officially took place, but many slanted headlines promoted that assumption.

So why did Trump suspend the FHA mortgage insurance rate cut?

Some people are saying that FHA is not solvent enough, but here’s something to consider.

If a borrower puts down 3.5% on a house and getting an FHA loan this is what happens.

The costs to sell are roughly 7-8% in Chicago.  If a borrower has to sell in the next 1-5 years, the question how do they? What if they buy at a peak and the house only appreciates 5% or lower?  What about 7%?  The borrower is now underwater on the property and may be forced to do a short sale or foreclose.

HUD’s risk is losing money which then creates potential for a tax payer bailout.  The question is, is President Trump mitigating risk and protecting tax payers from a future bail out or is there some other reason?

Well I’m just a real estate dude and Drew’s just a lender so that’s way above our pay grade.

I think Drew and I agreed upon this at the end of the day.

If it could proven that HUD was solvent and had reserves in the event of borrower default, that the premiums should continue to go down.

We also agreed that Trump’s suspension of the FHA mortgage insurance rate cut affects potential borrowers at a very minimal amount and if that is a make it or break it for a borrower, they probably shouldn’t be buying a house anyways.

The best way to get around Trump’s suspension of the FHA mortgage insurance rate cut is to maintain good credit and save up so you can get a conventional loan.

Do You Have A Real Estate Question I Can Answer For You?

Buying? Selling? Everything You Should Know Is A Click Away! 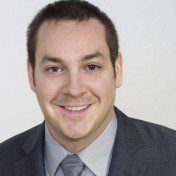 Mike Cuevas has been serving the Chicago and suburban markets for over 12 years. He has been ranked in the top 1% of Realtors throughout the Chicagoland area since 2004. Mike quickly rose to the top of the Realtor class by utilizing a very non-traditional approach to real estate marketing. The internet greatly changed the way buyers and sellers interact with Realtors and find information regarding real estate and Michael looked to pioneer that for generating more business.
Circle Michael Cuevas on Google+
Google

Mike did a fantastic job in leading us through the purchase of our first home. The process in general is a bit stressful, yet Mike and his team ... more

Mike is a pro. We found him listed on a property we were interested in and it turned out that he had offices in both the south Loop where we bought ... more

Selling Real Estate? Then Check These Out!

Buying Real Estate? Check These Out

What You Looking For?

We don’t sell people homes, we help them make an investment out of them.

We don’t help someone sell their home, we maximize their exposure on and offline so they can retrieve top dollar.

We don’t sell real estate, we help others, navigate, learn, and facilitate real estate transactions through in-depth education and service.